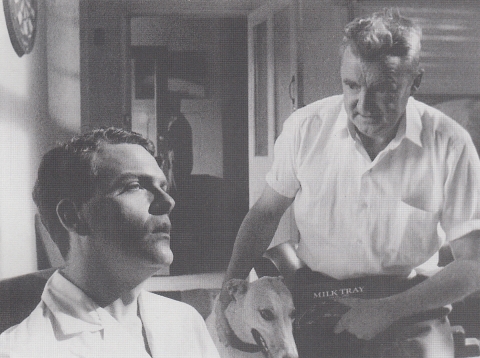 Papi emigrated to France one year before without any news from his wife for all of the time, but he now has news that she has managed to come over from Kinshasa to join him. At the airport in Paris, she can already have some idea of how she will be treated in her new land. She cannot talk to her husband and is then thrown violently into a van to which all candidates for deportation are dragged, to be embarked on the next plane by force. Blandine is hurt in both legs and this attracts the attention of one of the employees from the Ministry of Foreign Affairs who ensures her medical assistance and helps her forward her request for asylum.

This intervention, however, does not mean an end to her sufferings. When Blandine does finally manage to join Papi she discovers that all he has for living quarters is a corner in an unhealthy camp with few resources. There is little food and the water is drawn from a source close to a cemetery. Money is practically non-existent. Even though there is no linguistic barrier, because she is also from a country where French is spoken, these immigrants can not overcome the barriers that are there because of the color of their skin and the monstrous inoperational bureaucracy.