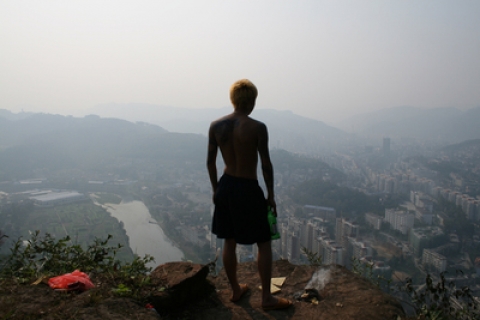 Ah Li, a young gangster who lives with his father on the outskirts of a small town of southern China earning a living by debt-collecting. One day he falls in love with a girl who just takes him as a temporary lover. Ah Li doesn’t mind this obscure love that is moistening his body and mind. But he doesn’t know love is at the same time nourishing his violence deep inside the body.


Was born in China in 1975 and graduated from the Beijing Film Academy. Directed the short films Accidented (2001), Carriage (2002) and The Forgotten Moments (2004). Debuted as a feature film director with Betelnut (2006). Sun Spots is his second feature.