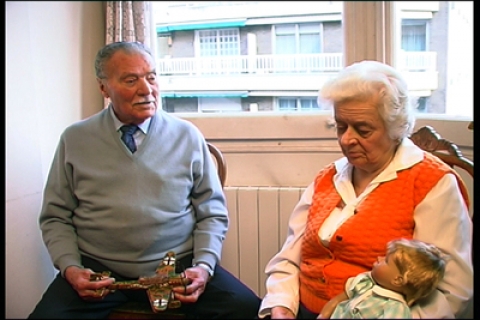 An improvised film that means to be a family present suddenly becomes the chronic of a generation that disappears. Through oral transference, the film shows the resonances of a country touched by Catholicism and the Spanish Civil war (1936-39).


Started his career in cinema through critics and putting up movie clubs, during Franco’s dictatorship (1936-75). He founded his own company, Eddie Saeta, in Barcelona in 1989. He produced films directed by Jose Luis Guerin, Marc Recha, Albert Serra, Lisandro Alonso and José María de Orbe, among others. He is the producer of Manoel de Oliveira’s The Strange Case of Angelica and Apichatpong Weerasethakul’s Uncle Boonme Who Can Recall his Past Lives, both in the selection of 34th Mostra. FamilyStrip is his first film as a director.