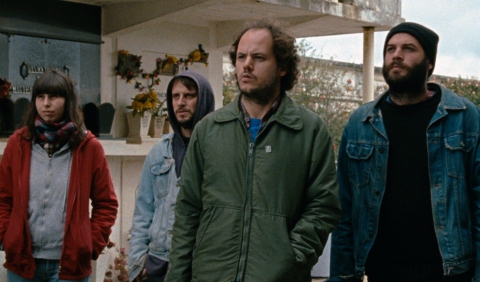 A young man who is studying in Montevideo is informed of his father’s death. To attend the funeral and face the man’s legacy, he has to travel to Salto, a city in the countryside. In Salto, he finds out that his father has left him a mortgaged ranch, an old dog and a house in the city, which he has to share with the old man’s lover who has moved in.


Born in Montevideo, he graduated in media studies from the Catholic University of Uruguay. He worked in television before moving on to filmmaking. Since then, he has worked as assistant director to Juan Pablo Rebella and Pablo Stoll (Whisky, 2003, 28th Mostra) and Lisandro Alonso (Los Muertos, 2004, 28th Mostra), among others. He has directed the short film Nico & Parker (2000) and the feature La Perrera (2006). The Militant is his second fictional feature film.