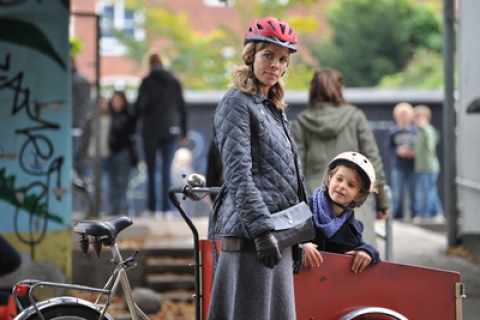 Above the Street Below the Water

Above the Street Below the Water

Over Gaden Under Vandet
Denmark

Ask is married to Anne. They have everything one could ever want. Good careers, lovely children and an apartment in Christianshavn : the most beautiful part of Copenhagen. One morning Anne learns that Ask wants to take a break from their marriage. It?s a choice that affects everybody around them.


Was born in 1960, Denmark. Graduated from the Danish National School of Theatre and worked as a stage and film actress before taking up directing. She studied Screenplay Writing at the National Film School of Denmark. She directed the short films Tut & Tone (1998) e 45 cm (2007). Above The Street Below the Water is her feature film debut.