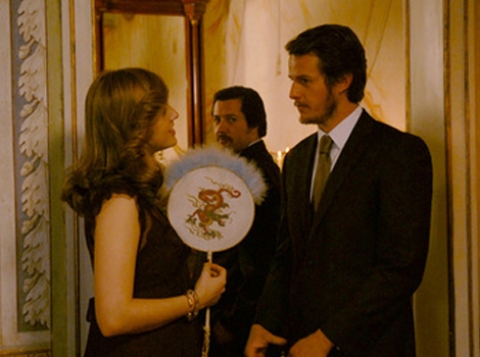 On a train to the Algarve, Macário tells a stranger next to him about all the trials and tribulations of his love life. A newly-employed accountant at his Uncle Francisco`s company in Lisboa, he is hopelessly in love with a blonde girl who

lives in the house opposite his own. He meets her and decides to ask for her hand in marriage. Surprisingly, Uncle Francisco is completely against it and throws him out of the house. But Macário makes his fortune in Cabo Verde and manages to get his uncle`s blessing for the marriage. Only then does he start to learn about his wife`s eccentricities. Based on a short story by Portuguese writer Eça de Queirós.