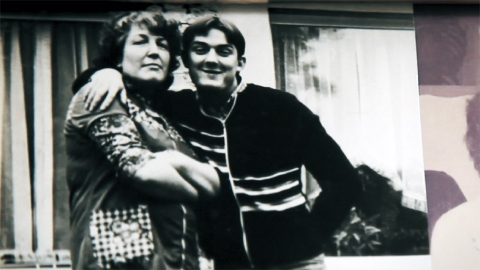 The family members of those murdered along the border between East and West Germany tell their stories. A mother still has no idea what happened to her son’s corpse after he was shot dead, with the killer getting a two-year suspended license. Another woman still doesn’t know how and why her husband drowned near the border. A man discovers photographs in a Stasi case file and sees images of his father’s dead body for the first time. Even now, more than a quarter of a century on, they still suffer the trauma of their loss. 
Born in 1964. He studied acting in Cologne and New York before studying film at the Academy of Applied Arts in Vienna. After working as an actor in many German film and TV productions, he began his directorial career with the shorts The Right One (2000) and Always Sergej (2002). His first feature film was Face the Wall (2009), which also documented Stasi cases. The Family is his second feature film.