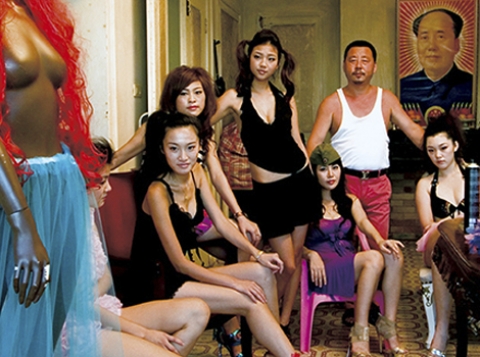 In Guangdong, the forefront of China’ reform and opening-up, the business of a sauna called "Sauna on Moon" is fairly flat. The boss, Wu, together with his team, pursuits his dream and constructs an "entertainment kingdom" persistently with their wisdom, effort and positive spirit. Eventually, after a special “fashion show”, Wu tears for his uneasy success. During the period, some of his employees leave hopelessly, some are imprisoned, some are still longing for a better tomorrow by his side. 
Was born in Harbin, China, in 1971. He studied painting when he was a child, graduated in fashion design and had his own clothing brand for 10 years. In 2005, he gave up his career to study cinema at the Beijing Film Academy. He has directed the feature film A North Chinese Girl (2008). Sauna on Moon, his second feature, was exhibited during the Critics Week at the Cannes Film Festival.