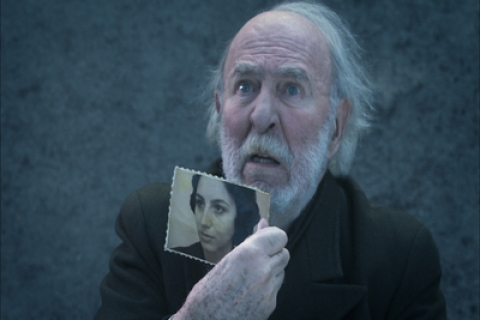 Simon and his grandfather Abraham are refugees in England during World War II. Both are Jews, but none of them agrees with the other on the meaning of it. It is one of the many points of the disagreement between them. When they hear about Holocaust, and therefore envisage the potential death of their relatives, they forget their quarrels and try to unite their strengths to deal with the unbearable reality.


Studied Philosophy and Cinema in Brussels, Belgium, and worked as a documentary film editor before switching to screenwriting and directing. He directed the short films L`Arbre au Chien Pendu (2000), Une Fille de Joie (2002) and Darkness (2006). Rondo is his first feature film.