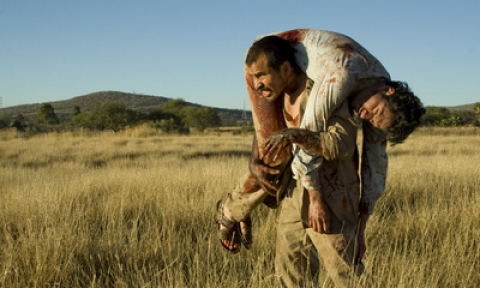 Ten voices at the forefront of Mexican cinema join together to celebrate the hundred anniversary of the Mexican revolution. This multi-faceted compilation expresses the historical moment which still echoes in today’s society.


Graduated in Cinema in Mexico City, specializing in Film Directing. Directed the short films En Poucas Palavras (2003) and Mar Adentro (2004), and the feature Nora’s Will (2008). Since 2005, she teaches Directing at the Centro de Capacitación Cinematográfica in Mexico. 
Was born in Guadalajara, Mexico, in 1978. Started his acting career as a child and at the age of 19 left Mexico to study Drama in London. Starred in films such as Amores Perros (2000), by Alejandro González Iñárritu and Your Mother as Well (2001), by Alfonso Cuarón, both screened at the 24th Mostra; Bad Education (2004), by Pedro Almodóvar, exhibited at the 28th Mostra; and Hector Babenco’s The Past (2007), the opening feature of the 31st Mostra. He debuted in the direction of feature films with Déficit (2007, 31st Mostra).


Was born in Bogotá, Colombia, in 1959, son of Gabriel García Márquez and Mercedes Barcha Pardo. Directed episodes of TV series such as Six Feet Under and Big Love. His filmography includes the features Nine Lives (2005), Passengers (2008) and Mother and Child (2009).


Stared working as a film critic and completed his master’s in Film Directing in Los Angeles. His filmography includes the short The Last Attack of the Beast (2002), Malachance (2004), his feature debut, followed by Drama/ Mex (2006) and I am Going to Explode (2008).