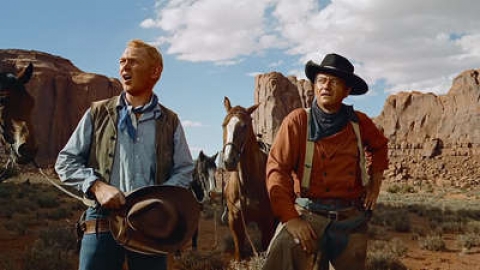 The Goddess of 1967
Australia

JM is a Japanese youngster who is part of the consumer society in Tokyo. His only dream is to buy a car, but a special car: a 1967 Citroen DS (Déesse, in French), known as "The Goddess". JM finds a car in Australia and goes there. On reaching his destination, however, he finds that the seller and his wife are both dead. A blind girl of 17 says she can take him to the real owner of the car. Together they set out on an exotic journey through the arid wastes of the Australian desert, dotted with mining ghost towns, a site of mystery and desolation. As they move on into the desert, they gradually speak of secrets from the past. This road-movie has as main protagonist, a car: a Citroen DS. Designed by Flaminio Bertoni, the car was presented at the Paris Autosalon in 1955. There were twelve thousand orders on the first day of the car show. By the week-end, there were eighty thousand orders. The car became a classic in design, presented at the Milan Triennale and at MoMA, New York. The car became even more famous owing to two historic facts. President Charles de Gaulle escaped an attempt on his life because of one of these cars and, in his Mythology, Roland Barthes described the car as "the supreme creation of an era."