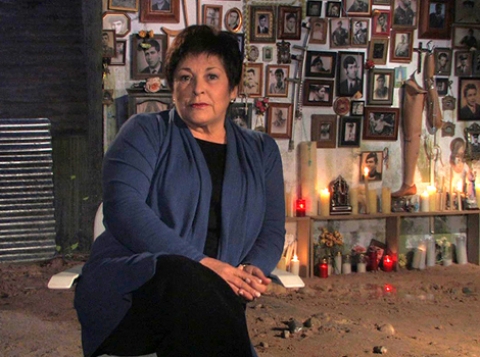 Fifty years after the beginning of the Portuguese Colonial War, the conflict is still a delicate subject, known exclusively by a male speech: as the war belonged and affected only those who fought it. Told by the women who stayed in Portugal, volunteered to go with their partners and by those who went to take care of the soldiers in the front line, the film presents the female version of the conflict that marked one generation. 
She was born in 1974, in Lisbon. She graduated in Film Studies at the ESTC (Lisbon Film School) and has worked in film production and theatre. She has directed the short films Dia de Feira (2004), Sobre Azul (2005) and Alguém Olhará por Ti (2005), and the feature documentary Lisboa Domiciliária (2010).