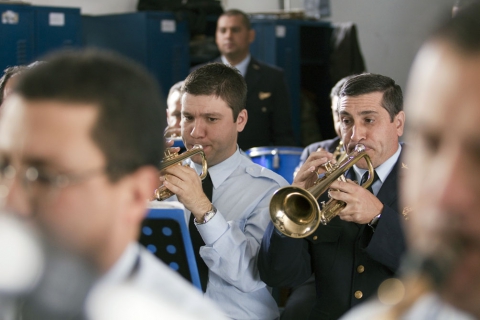 Nelson has been playing trumpet at the Air Force band for more than 20 years. He feels discontented with his dead-end job. A music contest might be his chance to do things differently, but the Air Force selects him for an important mission. He is now forced to choose.


Born in Uruguay in 1981. He studied communications at the Universidad de la Republica, Uruguay. He worked as a production assistant for Juan Pablo Rebella and Pablo Stoll in the film Whisky (2003, 28ª Mostra). He directed the short films Conexiones (2004) and Buen Viaje (2008). Solo is his first feature film as a director.