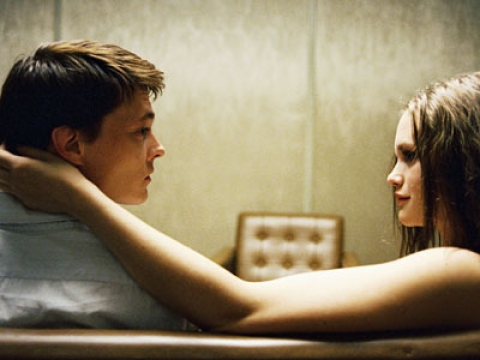 One day John meets his next-door neighbors Anne and Kim, two beautiful women, who invite him into their flat. John is surprised that he has never met them before, while both women seem to know John and his ex-girlfriend Ingrid intimately. The women’ sexual and manipulative behavior makes John uncomfortable and he leaves in anger, but Anne manages to convince him to come back and keep an eye on Kim while she goes shopping. She tells John that the man who lived in John’ flat before had assaulted Kim and kept her prisoner in his flat for two days. When John returns to the women’ flat, Kim denies everything Anne has said, and claims that it was Anne who had been assaulted. Kim tries to seduce John and set traps to lures him deeper into their gigantic flat. From there on John begins to lose control over his life and crosses boundaries he never thought himself capable of.