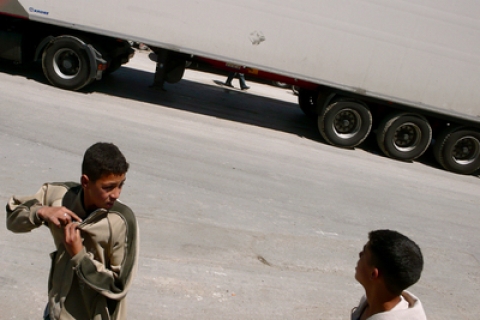 Teenagers Juma, from Afghanistan, and Hishame, from Algeria, attempt an extremely dangerous journey to Europe, hiding in the chassis of a truck. Ahmed, from Afghanistan and Nura, Achmad and Asha, from Somalia, have managed to get over the fences. After arriving in Austria, they try to reorder their lives and fight for their rights to a more or less trouble-free youth. The Afghanis Jawid and Alem have already spent a year and a half in Vienna, hoping their asylum applications will be approved. The trauma of loss, the longing for their families, the prospect of a completely uncertain future and the odysseys past the government officials and agencies they must deal with characterize their new beginnings.


Born 1975 in Bosnia, she grew up in Sarajevo and moved to Austria in 1992, after the start of the war in former Yugoslavia. She studied Directing and Editing at Vienna’s Film Academy. She lives in Vienna, where she teaches and works as a director, editor, writer and producer. Her first feature film was Auswege (2003).