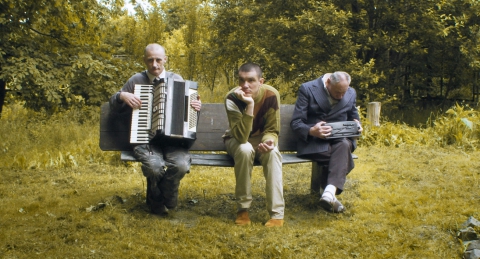 Stefan attempts to make his way through a post-industrial no man`s land. An encounter with a stranger forces the line between reality and imagination to become blurred. The future and the past become intertwined. Visions of another time emerge from Stefan`s mind. All that remains are ruins - everything begins to dissolve. The concrete world no longer resembles the one that he was forced to leave. A journey into the subconscious of humanity. 
Born in Kowary, Poland, in 1985. He immigrated to West Berlin with his parents as a child. He studied film directing at the German Film and Television Academy and went on to direct the short film The Swimmer (2010). Sieniawka is his first feature film.