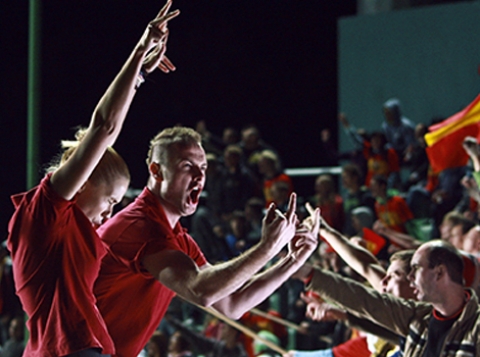 When one day a local football club ceases to exist, the life of four main characters, its fanatic supporters, is turned upside down. Suddenly they have to profoundly change the way they spend their days together. Oskar is forced to put on a suit and accept a job offer from the boss of a local company, who has decided to launch a new football club. Oskar’ new job requires - or perhaps is perceived as such by his friends - a treason of every ideal and value they together believed in and fought for. Friends

hence cannot easily accept the new path Oskar decides to follow, but they are unsure of which way to go themselves. To everyone’ surprise, Basia, his brothers Mariusz‚Äô girlfriend - who has been secretly in love with him from a while - joins his efforts to build the new club.