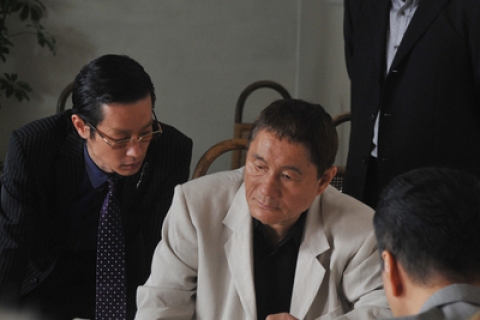 In a ruthless battle for power, several yakuza clans fight for the favor of their head family in the Japanese underworld. The rival bosses seek to rise through the ranks by scheming and making allegiances sworn over saké. Long-time yakuza Otomo has seen his kind go from elaborate body tattoos to becoming important players on the stock market. Theirs is a never-ending struggle to end up on top, or at least survive, in a corrupt world where there are no heroes but constant betrayal and vengeance.