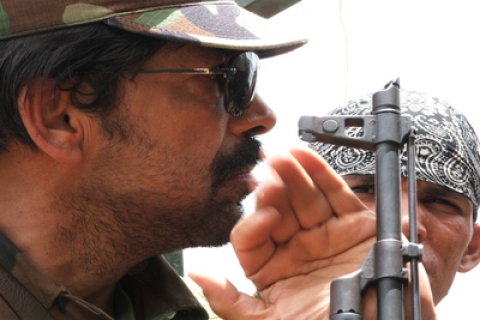 After the 30th anniversary of the revolution in Nicaragua, Paco Jarquín, a Sandinist commander, reappears after long gone. Unlike his old fellows at the FSLN, he chose to deny his past and live anonymous in Costa Rica as an ordinary dance teacher.


Was born in Rio de Janeiro in 1965. He studied at the International School for Film and TV in San Antonio de los Baños, Cuba. He directed several short films and documentaries in Brazil, Cuba, Costa Rica and Nicaragua. He is also a script writer, photographer, and television director. Soy Cuba - The Siberian Mammoth (2005, 29th Mostra), his first feature, got the prize for best documentary at Guadalajara Film Festival. He directed one of the excerpts of the feature film State of the World (2007, 31st Mostra).