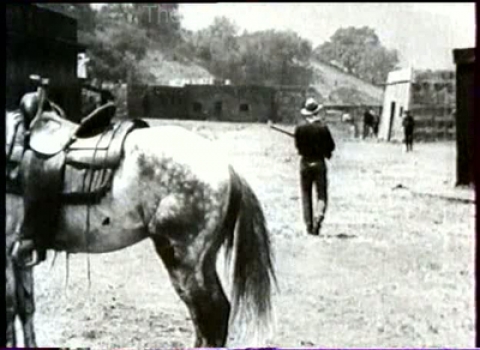 Together with the Centro Cultural Banco do Brasil, the 34th São Paulo Film Festival will be showing a selection of eight restored films by the masterful John Ford at the MASP Free Span. Adding to the retrospective sponsored and screened at the CCBB this year, the further presentation of these films offers the public the opportunity to reflect upon the timeless power of the American filmmaker’ work.

Over a career just short of half a century, John Ford became one of the great names of Hollywood’ Golden Age. With his vast and long lasting body of work, the director aided the development of some of the biggest film classics. He told America’ history like no one else, influencing a huge generation of filmmakers and creating images and characters never to be forgotten. But Ford kept these superlative compliments at a distance. During his entire life, he nurtured a troubled genius, a profile in opposition to interviews and theorisations, and simply presented himself as another professional in the entertainment industry.

The selection of the retrospective, curated, programmed and produced by Leonardo Levis and Raphael Mesquita with additional production by Daniel Pech, reflects on the director’ first feature-length (the silent Western Straight Shooting, 1917) through to one of his last (Two Rode Together, 1961), showing the path that Ford took in this genre, for which he will always be remembered. There are many reasons as to why this was, but among them is certainly the relationship between the man and his environment, represented by the unforgettable image of Monument Valley; and the complexity of his characters and the form in which they symbolise the construction, for better or for worse, of the American nation. All these elements can be found in classics such as Stagecoach (1939), The Searchers (1956), both starring John Wayne, and My Darling Clementine (1946), with Henry Fonda.

But Ford’ work goes much further than his Westerns, as proven by dramas such as The Informer (1935), How Green Was My Valley (1941) and The Quiet Man (1952), films that gave Ford three of out of his four Oscars for Best Director.