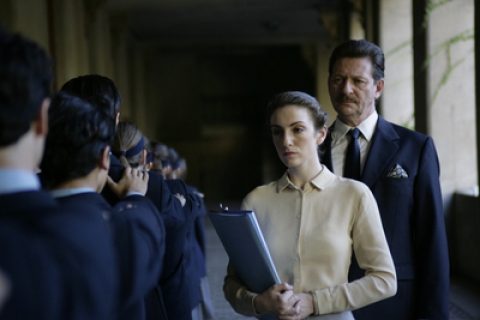 Buenos Aires, March 1982. On the streets of the Argentinean capital, people are challenging the military dictatorship. Marita is a supervisor at the Colegio Nacional in Buenos Aires, the establishment that trains the country’s future elite. She is 23 and wants to do things right. Mr Biasutto, the head supervisor, immediately sees in her the zealous employee that he has been waiting for and teaches her to become the vigilant eye attentive to everything but that avoids attracting the attention of others: the invisible eye. Marita then throws herself into the relentless surveillance of this tiny, closed world, imagining, detecting, pursuing. Inspired by the book Ciencias Morales, by Martin Kohan.


Was born in 1976 in Buenos Aires, Argentina. Through his career, directed nine short films, including La Prueba (1999) and La Guerra de Los Gimnasios (2005). In 2002, directed, wrote and produced his first feature film, Suddenly (2002). He has also directed Meanwhile (2006). The Invisible Eye is his third feature film.