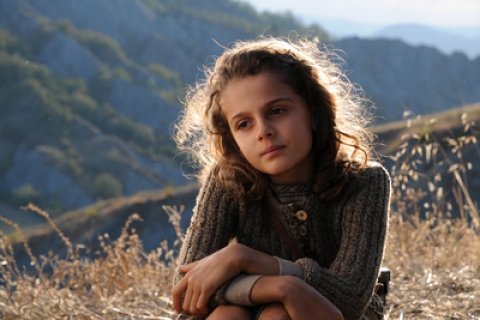 The Man Who Will Come

The Man Who Will Come

Winter, 1943. Martina is 8 years old and lives on the slopes of Monte Sale, not far from Bologna. She is the only child of a peasant family who, like many, are struggling to get by. Years previously she lost her newborn brother and hasn’t spoken since. In December her mother becomes pregnant again. Months go by and the child grows in its mother’s womb. Martina anxiously awaits her brother’s arrival as the war gets closer and closer and life becomes more and more difficult. On the night of the 28th of September 1944, the baby is finally born. Almost simultaneously the SS unleash an unprecedented reprisal in the area, which will go down in history as The Marzabotto Massacre.


Was born in Bologna, Italy, in 1959. Director, screenwriter and editor, he stared his career in cinema working with various Italian filmmaker, in particular with Pupi Avati. Directed the short film Cappello da Marinaio (1990) and debuted as a feature film director with The Wind Blows Round (2005). The Man Who Will Come is second fiction feature film.