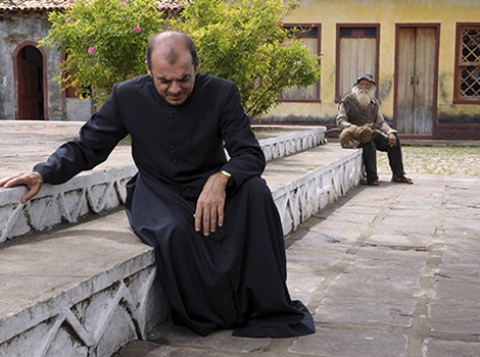 On a same night, five people from a small country town have the same nightmare: a sinister man and his hidden treasure. Upon the arrival of a pilgrim, the village is taken off its mediocre routine and the characters are thrown on the vortex of an uncommon situation. Each one’s truth will come to light, releasing them of the wicked hypocrisies, fears and diseases, compelling them to take control of their fate and rewrite their life.