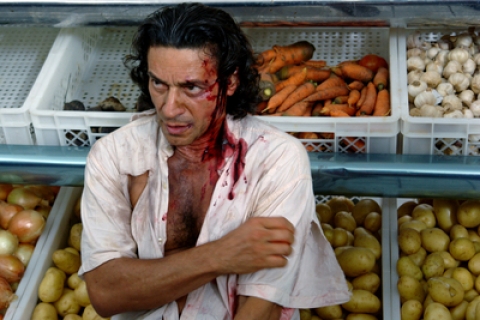 No Sleep at All

No Sleep at All

In a petrol station near the road, three characters meet: Rita, the station’s owner, that keeps searching for a love that she thought she once had; Wésley, a seller of pirate DVD’s and CD’s that, after thrown into underemployment, is trying to rebuilt his life; and Caburé, that haven’t slept in years waiting to redeem a past of life and death. Gathered by an apparent coincidence, they weave their fate until they discover what is common in their stories.


Was born in Santa Maria, Brazil, in 1939 and moved to Rio de Janeiro in 1961. After the military coup in 1964, he went to Goiania and directed several documentaries for cinema and TV. Studied Filmmaking in Brasília and directed the feature films A Difícil Viagem (1983), Círculo de Fogo (1990) e No Coração dos Deuses (1999, 23rd Mostra).