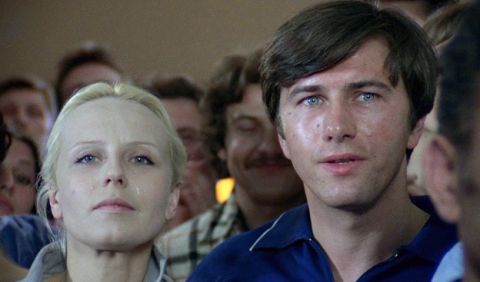 The year 1980. Workers of the Gdansk Shipyard are on strike. The son of Mateusz Birkut, Maciek Tomczyk, is one of the shipyard workers and also an activist of the strike committee. Winkel, a radio reporter, is given an assignment to make a report which would disgrace Tomczyk and the strike committee. The continuation of picture Man of Marble (1976).

Winner of the Golden Palme at the Cannes Film Festival.