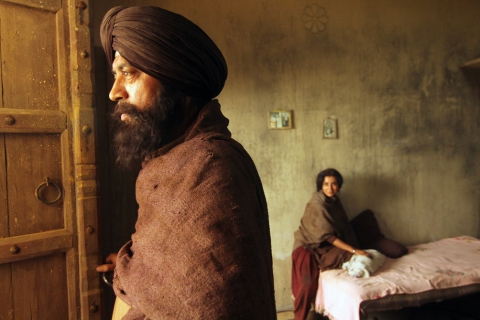 Krzysztof Kamil Baczy_ski is one of Poland`s best known poets despite having died at the age of twenty-three during the tragic Warsaw uprising of 1944. Krzysztof became a myth, a personification of a whole generation that died fighting for their freedom. His poetry became Poland`s most poignant and subjective testimony of wartime. Combining accounts of the few remaining war veterans who fought with him with dramatized scenes and interpretations of his poetry, the film examines Baczynski`s motivation for becoming a soldier, the inspiration for his metaphysical poetry and his ultimate prophecy of his own death.


Born in Warsaw, Poland, in 1978. He graduated from the directing department of the Polish National Film School in 2004 and also studied philosophy at the Universidad Salamanca in Spain. In 2006, he was the assistant director to Andrzej Wajda in Katy_ (32nd Mostra). He directed the short film Londoners 2 (2009) and the television series Na Dobre I Na Z_e (2010). Baczynski is his first feature film as a director.