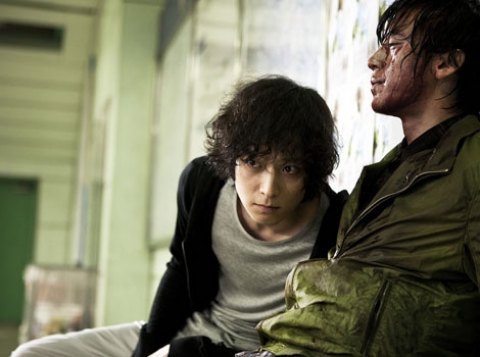 Cho-in was born with the extraordinary power of controlling other people with his own eyes. Until the day he goes to a small pawnshop in which Kyu-nan works. As usual, he gets in and controls everyone while he steels money from the cashier, but strangely Kuy-nan seems immune to his power. His existence leaves Cho-in stunned, and from this day on, an inevitable battle between these fated men begins. 
A South Korean screenplay writer and director, he worked as an assistant director in The Bad, The Good, The Weird (2008), by Kim Jee-woon, and in The Host (2006), by Bong Joon-ho. He directed the short-film Memories of Old Boy (2004). Haunters is his first feature film.