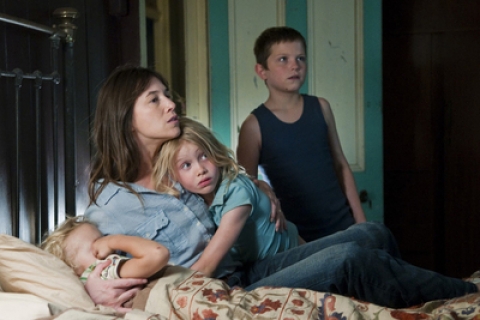 In a little village in Australia, a couple lives haply with their four children. After the sudden death of her father, 8-year-old Simone shares a secret with her mother Dawn. She’s convinced her father speaks to her through the leaves of her favorite tree and spends hours there, feeling his presence. But the new bond between mother and daughter is threatened when Dawn starts a relationship with George, the plumber, called in to remove the tree’s troublesome roots. As the branches of the tree start to infiltrate the house, the family is forced to make an agonizing decision.


Born in 1968. She majored in philosophy before studying film directing for documentaries at Ateliers Varan, in Paris. She was assistant director to Otar Iosseliani, Krzystof Kiewlowski and Bertrand Tavernier, among others. She made dozens of documentaries, selected for many international festivals. Since Otar Left is her first fiction feature.