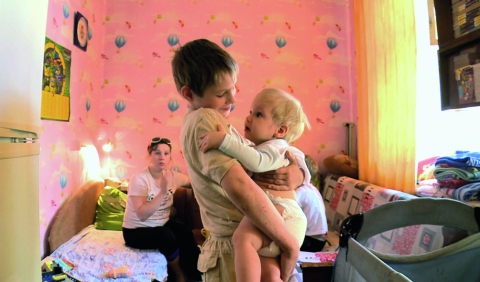 In the city of St. Petersburg, 8,500 children live on the streets. But the innovative circus Upsala with its charismatic director Larissa is giving some of those children a chance to leave all that behind them. A journey from the Russian slums to the lights of the big top and the joys of a tour to Switzerland, the documentary follows half-orphan Danja, street kid Nastja, and restless Igor, son of a single mother unable to cope with her four children. 
Born in Switzerland in 1973, she graduated at The London International Film School, and studied the art and technique of filmmaking at the Vancouver Film School, focusing on documentary. She directed, among others, many medium-length documentaries, such as The strike becomes acceptable (2004), A losing battle (2005) and The Goldweaver (2009). Lucky Devils is his first feature length film.