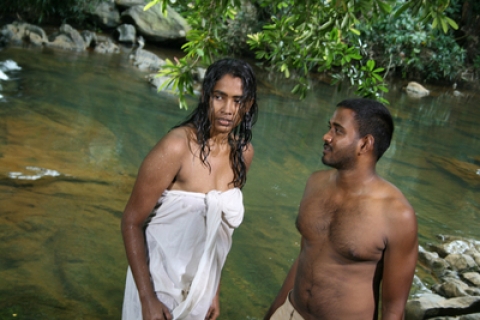 The Road From Elephant Pass

The Road From Elephant Pass

During the Civil War in Sri Lanka, former Ceylon, the separatist militant group the Liberation Tigers is the main Government opponent. A Sri Lankan army officer’s routine receives the assignment to pick up Kamala, a woman informant, and transport her from Jaffna to headquarters in Colombo. The mission turns into a nightmare. After the Tigers launch a massive attack at the Sri Lankan military camp at Elephant Pass, the two adversaries are forced to escape together through the rebel held by foot, leading to mutual respect due to their dependence on each other.


Was born in Colombo, Sri Lanka, in 1936. He started his movie career in Sri Lanka with the local production of David Lean’ The Bridge on the River Kwai (1957) at sixteen. He was the location line producer on over forty international films shot in Sri Lanka and Malaysia, such as Indiana Jones and the Temple of Doom (1984) and Indochine (1992). He founded a local airline company, Lionair, and directed the films Adara Kathawa (1983) e Witness to a Killing (1987). He produced Lester James Perie’s Mansion by the Lake (2002, 27th Mostra).