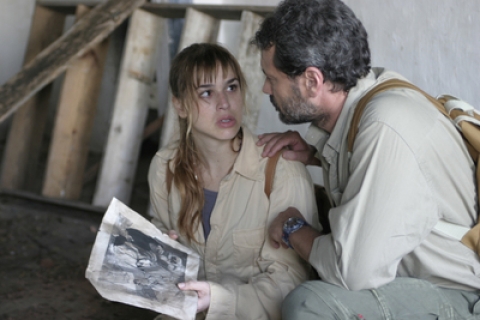 At 33, the Azorean researcher Malu starts in the Azorean community of Costa da Lagoa, in Florianópolis, her first field trip as an anthropologist. More than a significant step in her career, the trip also represents a chance to evolve in her personal life, marked by difficult relationships and loss. It’s with Dona Ritinha, the most famous local spiritual guide, that Malu starts learning about the mystical relation that the descendents of Azoreans maintain in the community. Involved in experiences that challenge the boundary between reason and imagination, Malu has to deal with her emotional conflicts and begins a trip towards self-knowledge.


Was born in Florianópolis, Brazil, in 1961, where he graduated in Business and Journalism and finished his masters in History. Was one of the founders of Santa Catarina’s state cinematheque and one of the authors of the book O Cinema em Santa Catarina. Was the assistant director of Carlos Diegues in Subway to the Stars (1988) and directed the documentaries Bois em Farra (1996) and Festa do Divino, Tradição de Fé (1998). Directed the fiction feature Procuradas, co-directed with Norbeto Depizzolatti.