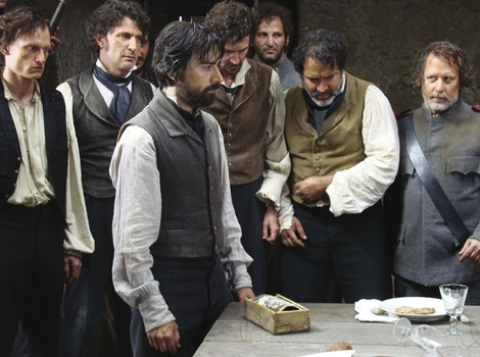 Through four separate episodes, the film shows the lives of Domenico, Angelo and Salvatore, three young men from the south of Italy. In the background, the unknown history of the Italian Unification, the implacable conflicts among the founding fathers, the fracture between the North and the South and the contorted roots from which Italy will grow. 
Was born in Naples, Italy, in 1959. He founded the False Movement, a group of avant-garde theater, in which he wrote, directed and produced numerous plays. Directed, among others, feature films Death of a Neapolitan Mathematician (1992) and Nasty Love (1995) both exhibited in the 19th Mostra.