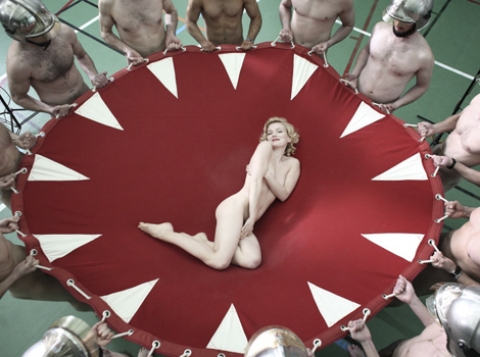 Rousseau is a bestselling crime novelist from Paris, troubled by a persistent writer’s block. Candice Lecoeur is a local beauty, gracing the famous ”Belle de Jura” cheese packaging, who following a hypnosis session, has gotten it into her head that she might well be the reincarnation of Marilyn Monroe. The two will meet in the coldest village in France, but only after Candice has been found dead. The case was closed before it even opened and the cause of death declared suicide by sleeping pills. Rousseau is the only one who doesn’t buy it.