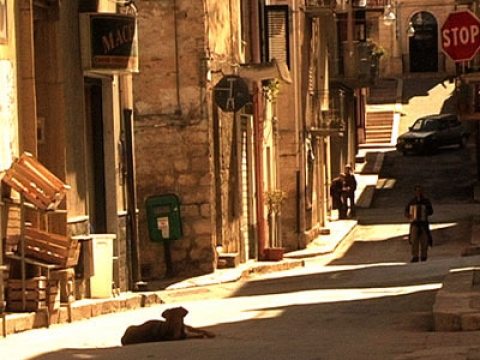 Villalba is a small village in the center of Sicily, characterized by physical and economical isolation, abandoned structures and people living on an old age pension. A village that may disappear because of the large migration to Albenga, a city in the region of Liguria, Villalba was once a special place, as it was the kingdom of Calogero Vizzini, the boss of the feudal mafia. Throughout the inhabitants’ words, the story of the village and the current situation life unfold. Through the nature of the Sicilian people, it’s possible to discover in this remote location some of the problems of the whole nation of Italy.


Was born in Milan, Italy, in 1980. He studied Cinema in Bologna and Milan and worked as a director, scriptwriter and editor of short films and documentaries such as La Comanda (2007). He also directed the feature La Piccola A (2009), in partnership with Salvaore D`Alia. No More Majorettes in Villalba was the winner film of Documentary Festival SalinaDocFest in Sicily, a partner of Mostra.