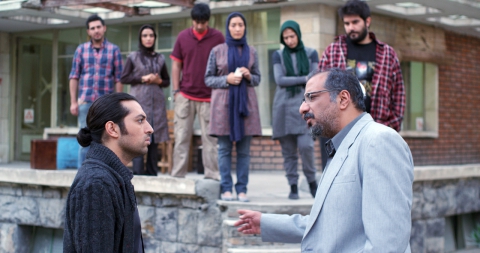 An amateur theatrical group finds the opportunity to perform abroad. Sheherazad, a desperate girl, joins the group and takes the leading role in the play. She decides, unlike her other fellow actors, to tell the truth to her father. He is against this trip. The group is now in a dilemma, and think either they should or should not replace her.


Born in 1972, Behzadi started his career as a photographer at the age of 15. He graduated from the Faculty of Cinema and TV in Tehran. He has directed more than 20 films, including the shorts Today is Monday (1993) and Retaliation (1999); the documentaries The Blue Echo of the Tile (1997) and Swan Song (2005) and TV movies. In 2008, he directed his first fictional feature debut, Before the Burial. Bending the Rules is his second feature film.