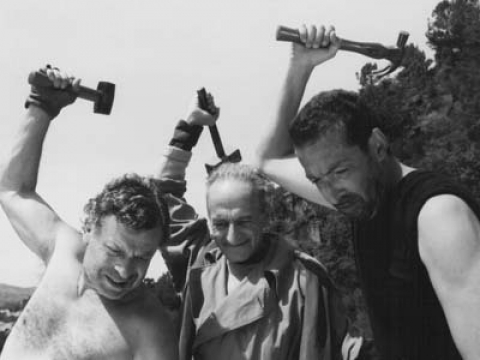 Three people and a lorry are on the road: A dog passes, and it is fall the statue loses the head. A place of village. A brand-new pedestal, which waits for its statue. A sentinel, the rehearsal of the brass band. At night, another place of village, another rules. The theft of the head... Next morning. Inauguration and white sheet reveals the bewilderment of the collected population.