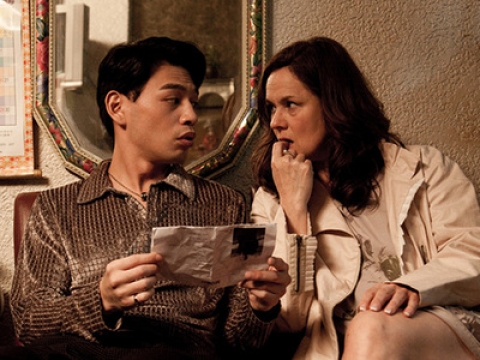 After long online chats on the web with the Taiwanese Businessman, Mr Chang, Miss Kicki decides to travel to Taipei and pay her online paramour a surprise visit. Not willing to travel alone, she invites her 16-year old son Viktor to join her on the trip, on the prevarchar that they need to get reacquainted after being separated for many years. But when Viktor discovers the real purpose of the journey, Kicki has to prove to him (and herself) that she can become the mother he always missed.