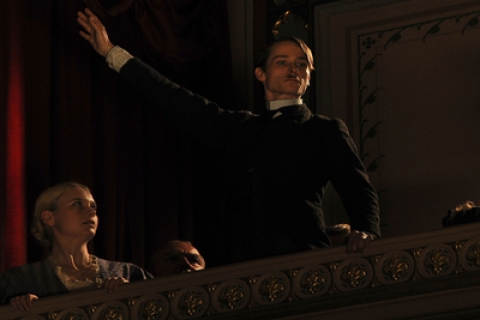 A satirical reimagining of young Adolf Hitler’s life. In pre-World War I Vienna, Adolf Hitler is a penniless and unsophisticated failed artist that shares a hostel room with Schlomo Herzl, an elderly Jew. He forges an unlikely friendship that will shape the destiny of the troubled outsider. Herzl supports Hitler like a father would a son, unconsciously helping him to find his way into politics and triggering a fateful turn of world history.


Was born in Switzerland in 1955. A screenplay writer and director for TV, theater and cinema, he directed and wrote the script for the feature films Constable Zumbühl (1994), Bride of the Orient (1988) and Rotlicht! (1986). Directed one of the short films of Visages Suisses (1992), exhibited at the 16th Mostra.