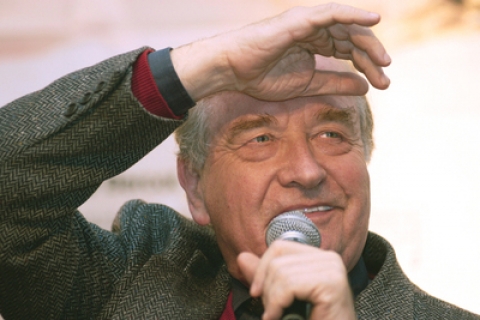 As a film critic, journalist and writer, Michel Ciment has been a major witness of the history of cinema for the past fifty years. A sagacious explorer of this world in perpetual motion, a talent scout, a destroyer of the half-hearted, going on tirades, he shares his insatiable thirst and his passion for movies that, over the years, have remained unimpaired.


Was born in 1949 in Oran, Algeria. He lives in Lussas, France. As a painter and sculptor, her works have been exhibited in a number of art galleries since 1989. She collaborated with Michel Ciment to create the Festival of European Films in Aubenas, Southern France. Michel Ciment, the Art of Sharing Movies is her first documentary film.