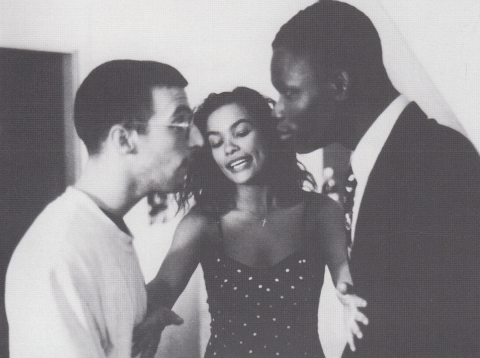 The war of the sexes in Iranian society is placed in evidence in seven episodes of this film, all of them, except one, set in a moving vehicle. In each episode, a couple in a different situation (in each case interpreted by Mania Akbari and Bijan Daneshmand) focuses on a discussion on subjects that divide men and women in Iran: sex, desire, infidelity, jealousy, virginity, and, in the final analysis, freedom. The mechanisms of the game between the sexes are shown in these sketches - where men represent traditional morality, permanently paranoic in an endeavor to keep control, and women embody a search for a break in prejudice and change in a situation where they are invariably regarded as second class citizens. At the heart of these differences, is the historical context as determined by Islam where, as from the age of nine, the age defined by Mahomet himself as the mark for maturity, boys and girls are separated, resulting in the maintenance of the status quo.