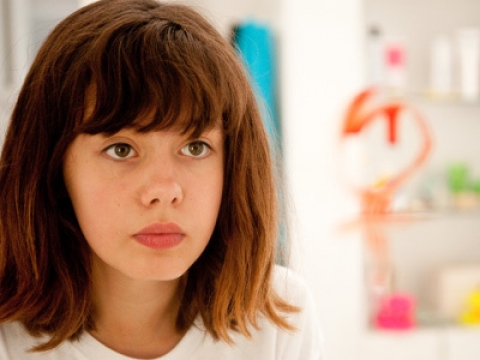 Following a car crash, Sophie lies in a coma. Her husband, Cedric, tries to bring her back to consciousness by playing a slew of videos shot on a cell phone over the months preceding the accident by their daughter Nina. From the kid’s perspective, the family’s fabric comes undone. The couple is so entangled in a mad race for wealth and status that they fail to see their own daughter’s growing pains, or their own life slipping away from them.


Was born in Belgium in 1961. Graduated from the Belgium film school IAD. He is a script writer director for television and cinema. Miss Mouche is his first full-length feature film.