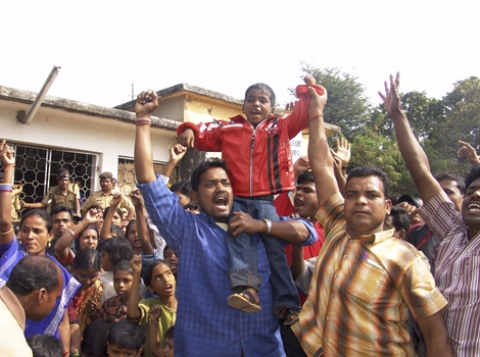 Budhia Singh is a four-year-old boy who is plucked from the slums of India by coach Biranchi, who embarks on a mission to turn him into a running phenomenon. Within six months, Budhia has run twenty half marathons. Within a year, Budhia has run 48 full marathons. What makes this achievement even more remarkable is that Budhia is still only four. At the end of his record-breaking 65 km run, he collapses. With the fame comes the controversy. And the prodigy boy is involved in a tale of greed, envy and broken dreams. 
She studied Literature and Politics and holds a Master’s degree in International Human Rights Law. Gemma has worked as a freelance director and producer on a variety of UK documentaries. Prior to documentary work, she spent four years working as a journalist in Africa, South-East Asia and Europe. She also worked in radio broadcasting for BBC and the Nigerian State Radio. Marathon Boy is her first feature documentary.