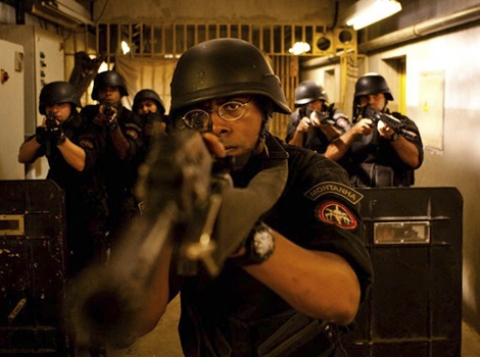 Documentary that intertwines the traditional register of a making of with the subjects discussed in the film Elite Squad 2: The Enemy Within (2010). The film gathers interviews by director José Padilha, actor Wagner Moura, as well as some of the cast and crew including the screenplay writer Bráulio Mantovani and the editor Daniel Rezende. 
He has been working as a photographer and documentary filmmaker for 12 years. Worked as a director assistant on the documentaries Estamira (2004), by Marcos Prado; Bus 174 (2002), by José Padilha and Felipe Lacerda; and Padilha’s Garapa (2009). In 2004, he exhibited Cicatriz, his first individual photography work, in London. Has directed the TV documentary Time for School (2006-2009) and the video Rambla-Manguinhos, exhibited at MoMA as part of the installation Small Scales, Big Transformations.