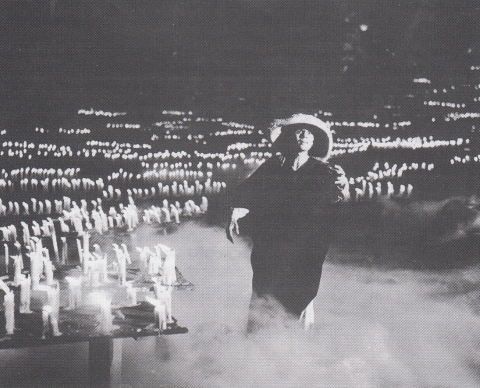 Hlylnur does not wish to change anything in his life. At the age of 28, he lives with his mother, has no objectives, neither does he intend to find an objective. His sole commitment is to spend time with his friends in fashionable bars in Block 101, in Reykjavik, capital of Iceland, an ice-cold country to the north of Denmark. All changes, however, when he meets Lola, his mother?s companion, whose characteristics are that she is Spanish, fiery in temperament, and a lesbian. They will eventually wind up in bed, but the situation is complicated when Lola announces she is pregnant and that she intends to have the baby, thus positioning Hlylnur in the Oedipian situation as future father of a child from his mother. A comedy in a familiar love triangle based on the book by the same name by popular Icelandic writer Hallgrimur Helgason. The sound track was composed by Einar Orn, former leader of the Sugarcubes and Damon Albarn, the Blur group singer, owner, in association with director Baltasar Kormákur - of the bar where most of the film takes place.