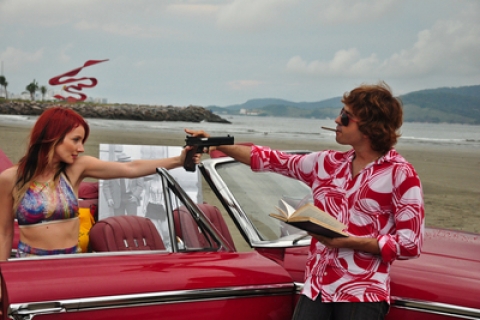 The trajectory of two of the most enigmatic burglars of São Paulo. In a cell in a high security prison, the Red Light Bandit reflects about his own life. In prison, he finds out that each new false accusation he makes, his privileges increase. Jorge Bronze, later known as Tudo-ou-Nada, is Red Light’s son. Adored by women, he follows his father’s steps, having fun and spending the money he steels. One day, while his father escapes dressed as an integrant of a TV crew, Tudo-ou-Nada is caught by the police and sent to the same prison where his father was arrested.