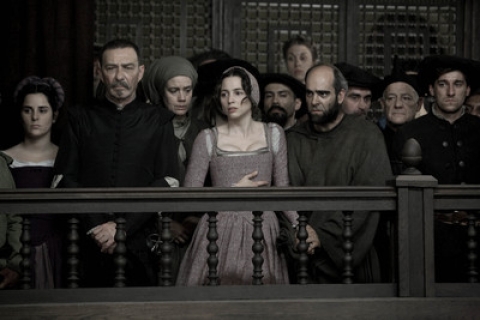 Lope de Vega is a young, ambitious and passionate playwright in 16th century Madrid. Just back from the war and without a penny to his name, he joins the city’ largest theater company as a scribe. He falls in love with the boss’ daughter, Elena, with whom he has a secret romance. Soon afterward, however, he learns she is married. He asks her to leave her husband, but when Elena refuses, Lope decides to reveal the family’ hypocrisy. He is hostilely accused of slander and forced to flee. But then he stumbles upon a childhood friend, Isabel, who offers to trade her help for his love.