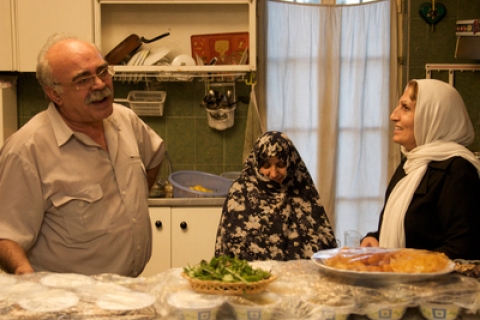 In the Catholic tradition, alive in southern Italy, the faithful who see their prayers answered thank the Saints with an act of mortification. Antoneddu, a 10 year old boy, walks on the roads of a Sardinia full of ancient lullabies to fulfill his act of mortification: reach, barefoot, the church of the saint who saved his life. Along the journey, the white lanes are populated by bizarre and sweet characters. A saint, a grandmother who prays, a funeral procession, Antonio falling down the stairs, a ball, an apple. In his trail, the boy starts to addle dream and reality.


Was born in Tehran in 1973 and grew up in a religious family who did not permit their children to go to a cinema. His father forced him to join the army, which he deserted after 7 years and made his 1st short film, The Cicle (2010). He has made 8 short fiction films and 6 documentary and experimental feature films.