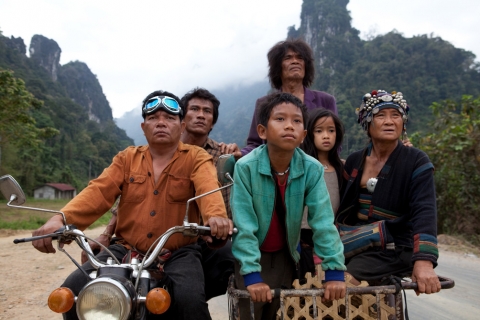 A boy who is believed to bring bad luck leads his family and a couple of ragged misfits through Laos to find a new home. After a calamity-filled journey through a land scarred by war, to prove he’s not cursed he builds a giant rocket to enter the most lucrative but dangerous competition of the year: the Rocket Festival.

Winner of the best first feature award and the Crystal Bear at the Berlin Film Festival. 
Born in 1966 in Australia. He earned a BA in communications from the University of Technology in Sydney and then a diploma in acting from the London Academy of Music and Dramatic Arts. He has taught at the United Nations International school in Hanoi and has worked as a cameraman, producer, writer and director. The Rocket is his fiction feature debut.