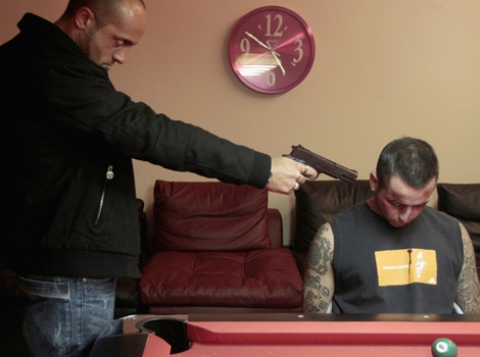 Castel Volturno, approximately 30 kilometers from Naples. A Camorra commando breaks into a tailor`s shop managed by African immigrants, killing six black men and grievously injuring one of them. Yssouf, a young immigrant, has decided that night to break with his uncle Moses, who first persuaded him of coming in Italy promising a future as an honest artisan and then turned him into the cynical leader of the local millionaire coke-dealing scene.


Was born in Naples, Italy, in 1975. He was twice winner of the Solinas Prize, offered to Italian screenwriters. His first short fiction, Vomero (2010), was selected for Venice Film Festival. Là-Bas – A Criminal Education is his first feature film.