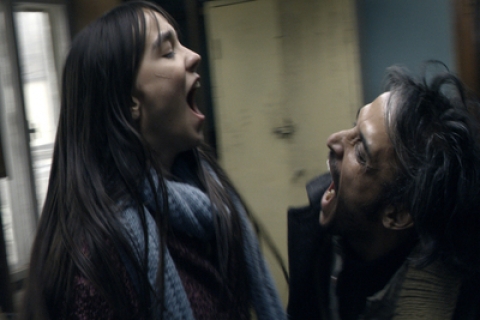 Kosmos is a thief that arrives in a town from the wilds weeping, as though a fugitive. No sooner is he there than he rescues a small boy from drowning in the river, and is recognized as a man who works miracles. Kosmos and Neptun, the teenager sister of the rescued boy, grow closer in the most bizarre of ways: imitating the screech of birds in trees and on rooftops. But following Kosmos‚Äô arrival, there’ a sudden rash of robberies among the town’ smaller stores, and at the same time, new miracles follow in quick succession.